ON ALL THE OCEANS; THE WHITE CAPS FLOW!!!

Prince Philip was an 18 year old Midshipman when he joined HMS Ramillies based in Colombo, Sri Lanka on 20th February 1940. 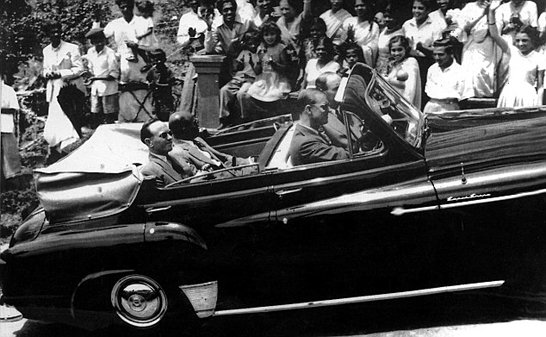 Prince Philip in Ceylon in 1954 during the Royal Visit to the island.

His Royal Highness, Prince Philip, the Duke of Edinburgh was stationed in Sri Lanka then known as Ceylon during World War II. The Royal Navy ship HMS Ramillies was stationed in Colombo in 1940. Ramillies was working as an escort ship escorting Australian transport ships to the Mediterranean. Prince Philip served with HMS Ramillies from Colombo for four months. He joined Ramillies on the 20th of February 1940. The Duke was an 18 year old Midshipman at the time. Prince Philip then transferred to HMS Kent and HMS Shropshire, County Class destroyers, on a shore station in Ceylon.

Prince Philip was also on shore station in Ceylon with HMS Kent during World War II.